Released in April 2013 your Samsung Galaxy S4 (I9500) mobile phone handset captures all the fun. Wherever you are. 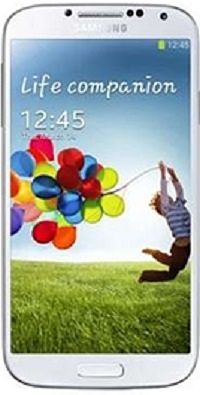 Your Galaxy S4 allows you to organise all of your photos.

Based on anything you would like to organise by - events such as birthday party, holiday, wedding - you can organise albums.

Apply themes and layouts to your albums,

Have you ever listened to your photos ?

Perhaps you think the author of this article is trying to convince you that your photos make sounds.

With your Samsung Galaxy S4 mobile phone however your pictures can come with sound.

Yes - you can listen to your pictures.

You can hear what was said and played when you took your favourite photo.

Are you an artist ? Like to create a collage ?

Well you can be artistic - with your Galaxy S4 you can get a sequence of photos within one frame, put them together - and you have a collage which captures a series of actions merged into one photo.

Music, videos, games - you can you can browse your Samsung Hub until your heart's content.

With your Samsung Galaxy S4 "Dual Shot" feature you can add even more to your photo's than just the sound feature mentioned above.

By simultaneously taking a picture with the front and rear camera - you will have a photo of the main subject as well as a self portrait.

This can be changed at any time by selecting "Allow Cookies".